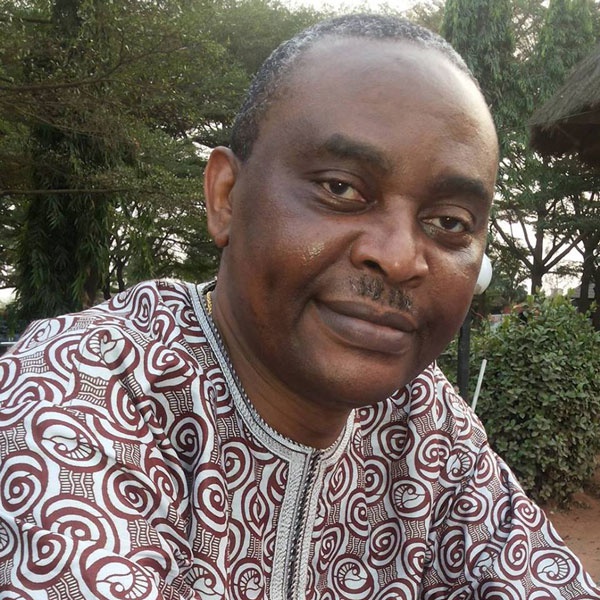 It is with deep sadness to announce the passing of a friend, mentor and author, Tope ‘Sky’ Omoniyi, who died on May 27, 2017 after a brief battle with cancer. He is survived by his wife Karen, children Tife Nisha, Onaayo and Feranmi as well as his elderly mother and siblings.

He is a contributor and editor of the Poems for a Century: An Anthology on Nigeria (Amalion, 2014) and author of Farting Presidents & Other Poems (Kraft Books, 2001), contributor to six Forward Press anthologies, and to poetry magazines in Malaysia, Nigeria, Singapore, UK and the USA. His academic publications include Contending with Globalisation in World Englishes, co-edited with Mukul Saxena (Multilingual Matters, 2010), The Sociology of Language and Religion: Change, Conflict and Accommodation (ed.) (Palgrave Macmillan, 2010), The Sociolinguistics of Identity, co-edited with Goodith White (Continuum, 2008), Cultures of Economic Migration, co-edited with Suman Gupta (Ashgate, 2007), Explorations in the Sociology of Language and Religion, co-edited with Joshua A. Fishman (John Benjamins, 2006), Nigeria and Globalization: Discourses on Identity Politics and Social Conflict, c_o-edited with Duro Oni, et al. (CBAAC, 2004). and _The Sociolinguistics of Borderland: Two Nations, One Community (Africa World Press, 2004).

His partner, Karen Omoniyi, has set up a campaign for a project in his name:

“During his lifetime Sky funded and supported numerous charities but especially the local secondary school in his hometown where he provided an annual financial donation to fund key projects. As so many people are asking about flowers or donations we have set up a go fund me page to facilitate a memorial at the school in his name which will provide a benefit to the students and the school. The family will also take great comfort in knowing that there is a memorial in Sky’s name in an educational environment in his hometown in Nigeria. Donation to the gofundme campaign for a long lasting monument in his name can be sent to https://www.gofundme.com/prof-tope-omoniyi-memorial-fund ” – Karen Omoniyi

Literary Creativity of West Africa and the Sahel