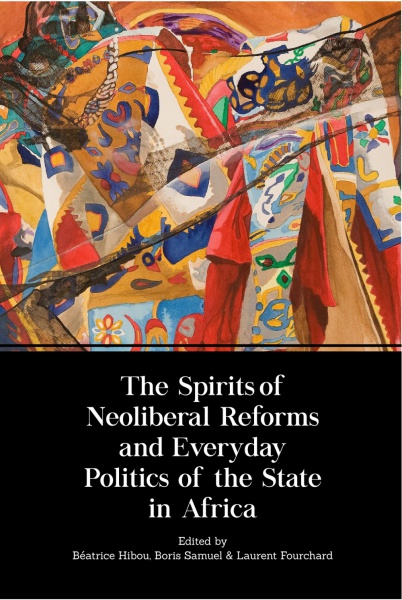 This book, composed of articles first published in the journal Politique africaine, proposes an original interpretation of neoliberalism in Africa. Instead of seeing neoliberal reforms as intrinsically destructive of the post-colonial state, the authors, who include some of Africa’s best-known social scientists, focus on the adaptability of African state structures, economic systems, and social survival mechanisms and examine the diversity of responses to neoliberalism in what the editors call the “everyday politics of the state.” In essays that range from diverse theoretical or historical discussions to close studies of the dynamics of specific reforms in particular places, they argue against univocal interpretations of the effects of neoliberalism. They show that the African state is adapting and reconfiguring itself in fascinating new social realities “co-constructed” by state action as well as by the improvisations of communities and other private actors.

These fascinating studies reveal processes far more complex and ambivalent than what entrenched ideas of the distinction between “public” and “private” actors or between the “state”, the “market” and “society” allow for. Whether discussing neoliberal theories of sovereignty and withdrawal in the context of African political development or revealing the intricacies of people’s adjustments to the restructuring of an urban transport system, these essays show that conventional readings of governance in Africa underestimate the dynamics of reappropriation and adaptation and the conflicts between differing conceptions of power that are profoundly reshaping the state in contemporary Africa.

Béatrice Hibou is Director of Research at the CNRS-CERI in Paris, France. She is the author of many books, including The Force of Obedience: The Political Economy of Repression in Tunisia; The Bureaucratization of the World in the Neoliberal Era, and The Criminalization of the State in Africa (co-authored with J-F. Bayart and S. Ellis), among others.

Laurent Fourchard is senior research fellow at the CNRS-CERI (CERI) at Sciences Po Paris, France and Director of Politique africaine and author of Governing Cities in Africa: Politics and Policies (with Simon Bekker).