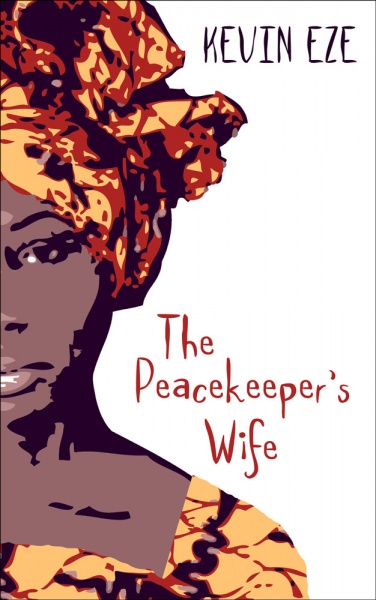 The Peacekeeper’s Wife explores lives torn by war. A war both far and near, strange and foreign, yet deep in the lives left behind.

When Issa was sent as one of the several thousands to the peacekeeping mission in the Congo, Malika, his newly wedded wife, watched and waited in helpless horror, entangled in someone else’s war. As Issa guarded the UN base, barring rebels from raping children, and patrolling borders of a rich ruined territory, back home in Segol, Malika felt the weight of separation, descending to a gradual but forceful emotional abyss. Fatimata, her mother-in-law, pained by the absence of a son, accused her of being a witch and sent her to Bintou, the marabout. The conflict between Malika and Fatimata escalated drawing fire from their mutual longing

The Peacekeeper’s Wife deftly captures the human catastrophe of wars and migration in faraway lands through the excruciating loss and loneliness of estranged families, burdened by the separation from loved ones.

Kevin Eze was born in Nigeria where he began writing and learning the piano at the age of seven. He studied Literature and Philosophy at the Jesuit Faculty in the DR Congo and Sociology at the University of Paris XII, France. A student of Theology, his stories have appeared in the anthologies Writers Writing on Conflict and Wars in Africa (2011), Long Journeys (2013), the Commonwealth Non-fiction Anthology (2016) and in The Antigonish Review and Actu’elle. Kevin lives and writes in Senegal.