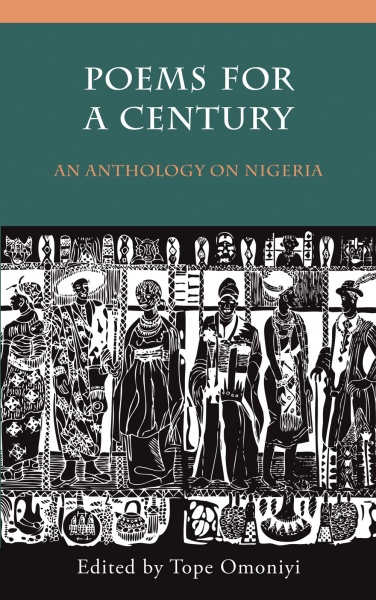 In 2010, billions of naira were spent to celebrate the 50th anniversary of Nigeria’s independence since 1960. More naira are to be spent in 2014 to commemorate the centenary marking the nation’s birth in 1914 from an amalgamation of diverse group of peoples, languages, cultures and expectations. As the conscience of the nation, writers are calling for a deeper introspection. A hundred years after unification, the most populous African nation has oscillated from being great to being fickle, from colony to independence and dependency, from peace to war to ungraceful insecurity, from military dictatorship to civilian oppression and profligacy and much more of the many contradictions of a complex national polity.

In this special collection Poems for a Century: An Anthology on Nigeria, poets from different backgrounds, generations and persuasions explore what it means to be a citizen of this unique African country. Shifting from despair to hope, lamentation to happiness, condemnation to adoration and every gamut of sensibilities imaginable, the contributors reiterate the notion of engagement and the power of the written word to push for social change in their beloved nation. In fifty poems, Nigeria becomes the muse not just to raise questions about its past experiences and present contexts, but also to posit aspirations for a better nation.

Tope Omoniyi is Professor of Sociolinguistics at Roehampton University, UK. He has taught and held academic research positions in Africa, Asia and Europe. He is the author of a volume of poems, Farting Presidents & Other Poems (Kraft Books, 2001), contributor to six Forward Press anthologies, and to poetry reviews in Malaysia, Nigeria, Singapore, UK and the USA. His academic publications include Contending with Globalisation in World Englishes, co-edited with Mukul Saxena (Multilingual Matters, 2010), The Sociology of Language and Religion: Change, Conflict and Accommodation (ed.) (Palgrave Macmillan, 2010), and The Sociolinguistics of Identity, co-edited with Goodith White (Continuum, 2008), among others.