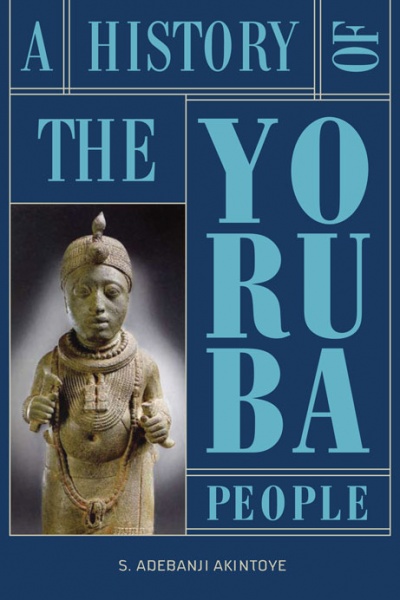 A History of the Yoruba People is an audacious comprehensive exploration of the founding and growth of one of the most influential groups in Africa. With a population of nearly 40 million spread across Western Africa and diaspora communities in Europe, the Caribbean, Latin America and North America, Yoruba are one of the most researched groups emanating from Africa. Yet, to date, very few attempts have tried to grapple fully with the historical foundations and development of a group that has contributed to shaping the way African communities are analysed from prehistoric to modern times.

In A History of the Yoruba People, S. Adebanji Akintoye deploys four decades of historiography research with current interpretation and analyses to present the most complete and authoritative volume on the Yorubas to date. The author traces the origins of the Yoruba from the mythical legendary beginnings, development of early Yoruba society, the revolution and primacy of Ife from the tenth to fifteen centuries, the founding of Yoruba kingdoms and the power of frontiers, and the rise and fall of Oyo empire, through agencies of change in the nineteenth century and the rise of various kingdoms, and the emergence of transcontinental diaspora communities down to the political twentieth century colonial and post-colonial histories and the socio economic and political transformations of the present day.

This exceptionally lucid account gathers and imparts a wealth of research and discourses on Yoruba studies for a wider group of readership than ever before. A must read for all.

“A wondrous achievement, a profound pioneering breakthrough, a reminder to New World historians of what ‘proper history’ is all about – a recount which draws the full landed and spiritual portrait of a people from its roots up – A History of the Yoruba People is yet another superlative work of brilliant chronicling and persuasive interpretation by an outstanding scholar and historiographer of Africa.” – Professor Michael Vickers, author of Ethnicity and Sub-Nationalism in Nigeria: Movement for a Mid-West State (Oxford, 2000) and Phantom Trail: Discovering Ancient America (New York, 2005).

“The book offers not only an interesting and engaging reflection on Yoruba history, but also a fascinating text on what it means to be Yoruba today.” – Dr Insa Nolte, Senior Lecturer in African Studies, University of Birmingham, UK.

“This book is more than a 21st century attempt to (re)present a comprehensive history of the Yoruba … shifting the focus to a broader and more eclectic account. It is a far more nuanced, evidentially-sensitive, systematic account.”
– Wale Adebanwi, Assistant Professor, African American and African Studies, University of California, Davis, USA.

“Akintoye links the Yoruba past with the present, broadening and transcending… in scope and time, and reviving both the passion and agenda that are over a century old, to reveal the long history and definable identity of a people and an ethnicity, one of the most important in Africa and the African Diaspora. Here is an accessible book, with the promise of being ageless, written by the only person who has sustained an academic interest in this subject for nearly half a century, providing the treasures of accumulated knowledge, robust encounters with received wisdom, and mature judgement about the future.” – Toyin Falola, The Frances Higginbotham Nalle Professor in History, University of Texas at Austin, USA.

Professor S. Adebanji Akintoye has been in the front line of African and Yoruba history studies for four decades. After being awarded a PhD. in History from the University of Ibadan in 1966, he joined the History Department at Obafemi Awolowo University, Ife, Nigeria, where he became a professor and Director of the Institute of African Studies. He has also taught African History in universities in the United States. Akintoye has written three books, chapters in many joint books, and several articles in scholarly journals. He took a leading part for some time in the politics of Nigeria, and served on the Nigerian Senate from 1979–1983. He currently lives in the United States.

Also available in hardback and ebook.